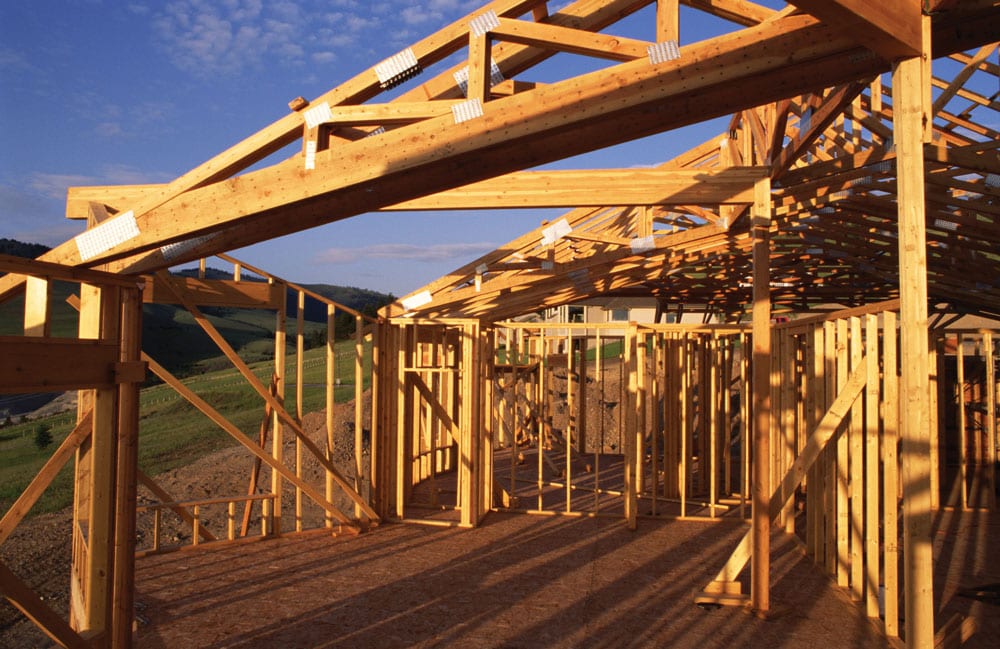 In September 2020, the most destructive wildfire in Oregon’s history destroyed more than 4,000 homes in the Rogue Valley.

Since then, local leaders, state agencies, nonprofits, builders and residents have been looking at ways to rebuild that better protect communities from wildfires. The need to rebuild was clear, but what wasn’t immediately evident was the role Energy Trust would take in the unprecedented recovery efforts.

“People impacted by wildfires have so much to deal with and so much to consider that putting another thing on their plate—to say, ‘have you considered energy efficiency?’—it’s a pretty tall order for them,” said Scott Leonard, who manages Energy Trust’s new homes construction offers.

Energy Trust offers cash incentives for building new homes that meet certain energy-efficiency requirements. But some building practices can also make homes more resistant to fire while cutting energy use by as much as 10%.

Leonard’s team got to work researching building codes and looking for what energy-efficient homes and fire-resilient homes have in common. For instance, exterior rigid insulation that helps keep heat inside in the winter can also act as a fire-proof barrier during fire season. HVAC systems can be designed to better keep smoke out, triple-pane windows can protect against extreme heat and attic sealing can help prevent fire embers from entering the home.

Local leaders who were overwhelmed by the magnitude of destruction helped create awareness about how people impacted by wildfires could access Energy Trust’s cash incentives.

“We had a special opportunity to rebuild a part of Talent and wanted to try to figure out how we could incorporate sustainability, energy efficiency and also resiliency,” said Michael Hoch, the sustainability and parks coordinator for the City of Talent.

Fred Gant, a local new home verifier with Southern Oregon Green Rating Services, generously donated his time so that fire survivors and builders didn’t have to pay consulting and inspection fees. Verifiers work with builders to guide them through the design and construction of highly efficient new homes.

“This is no small thing that he did,” said Leonard of the many thousands of dollars Gant gave up to guide more than 70 families through the process. “It lowered the barrier to participation.”

Lower costs means greater access so more members of communities can afford to rebuild quality, energy-efficient housing. Fire damage was widespread among residents with low incomes and non-English speaking residents. “An estimated 80% of the towns’ Latino residents lost their homes in the fire,” said Karen Chase, southern Oregon outreach manager at Energy Trust. A significant portion of the area’s lowest income housing was also lost in the fire and has not been rebuilt.

“In 2021, we saw the first wave of construction for people who had the means to rebuild right away after the fires,” said Leonard. Given the seemingly insurmountable challenges, it’s astounding that nearly 100 energy-efficient, fire resilient homes are already in the works.

In Talent, Hoch said it can be strange to see wildfire cleanup and new home construction taking place at the same time. But “each day a wall goes up, it gives everyone in town more hope.”