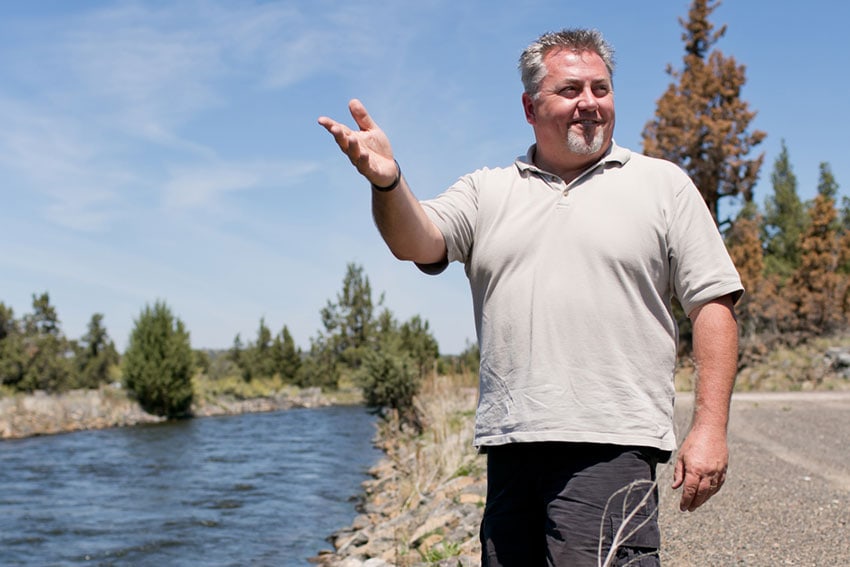 To help irrigation districts and the farms they serve develop modern irrigation systems that save billions of gallons of water annually, the nonprofit Farmers Conservation Alliance teamed up with Energy Trust to develop the Irrigation Modernization Program—an effort that earned both organizations the 2016 State Leadership in Clean Energy Award, given by the Clean Energy States Alliance. Irrigation Modernization is a comprehensive approach to creating state-of-the-art irrigation systems that save water and energy, leave more water in-stream for fish and wildlife and often generate revenue-producing hydropower.

“We’ve completed a comprehensive system improvement plan that outlines where we’ll get the most return on investment,” said Craig Horrell, district manager, Central Oregon Irrigation District. “We identified sections of canal that should be piped and sections of pipe that can be pressurized. Both strategies save water, while pressurization allows on-farm irrigators to remove pumps, which saves electricity, and upgrade to more water-efficient irrigation systems.”

The plan also showed that piping and pressurizing key irrigation sections would enable the district to generate 20 megawatts of hydropower, helping to fund the cost of system improvements.

“The overall price tag of modernization is huge,” said Horrell. “But the program helps us identify stakeholder partners, secure funding and eventually get there.”