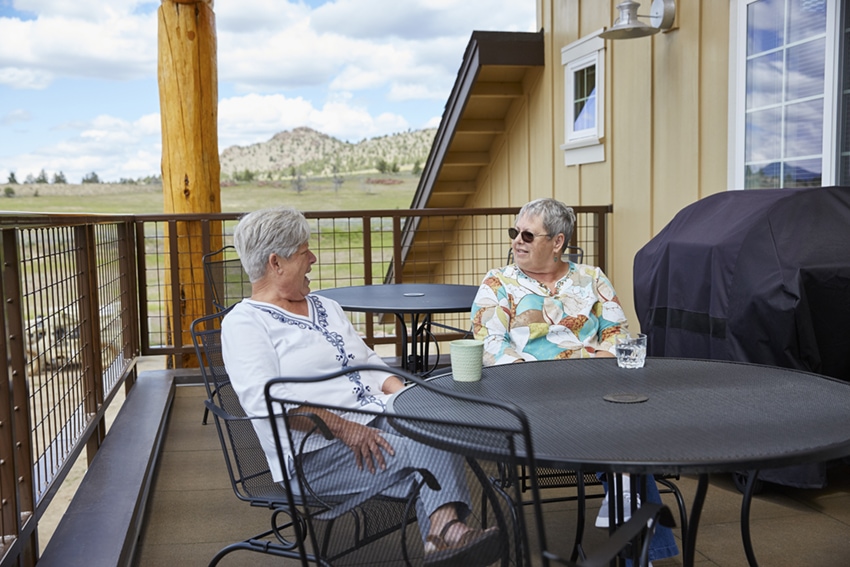 Wanting to keep operating costs low and predictable for fixed-income residents, Pacific Crest Affordable Housing enrolled the lodge in Energy Trust’s Path to Net Zero initiative, which helped the building get as close as possible to consuming only as much energy as it produces in a year. From early design through construction, Pacific Crest received technical assistance to make sure energy-saving features were included. Energy Trust cash incentives totaling $118,000 helped offset the cost.

IronHorse expects to save and generate enough energy to decrease annual expenses by more than $18,000, keeping rent and utility bills lower for residents. And Pacific Crest has plans to build a similar 50-unit project in Bend.

“It’s all about the quality of life for residents,” said Rob Roy, Pacific Crest co-founder. “People who have stable housing have a much better life. A building like this goes a long way to fulfilling that goal.”